The Future of ARM Emulation(s) 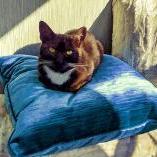